What is a relation between NPS, NB & OD of a pipe?

What is NPT & what are its applications?

What is a relation between NPS, NB & OD of a pipe?

Nominal Pipe Size (NPS) is a North American set of standard sizes for pipes used for high or low pressures and temperatures. Pipe size is specified with two non-dimensional numbers: a nominal pipe size (NPS) for diameter based on inches, and a schedule (Sched. or Sch.) for wall thickness. NPS is often incorrectly called National Pipe Size, due to confusion with national pipe thread (NPT)

OD is the outside diameter of the pipe and is fixed for a given size.

The NPS is very loosely related to the inside diameter in inches, but only for NPS 1/8 to NPS 12. For NPS 14 and larger, the NPS is equal to the outside diameter (OD) in inches. For a given NPS, the OD stays constant and the wall thickness increases with larger SCH. For a given SCH, the OD increases with increasing NPS while the wall thickness increases or stays constant. Pipe sizes are documented by a number of standards, including API 5L, ANSI/ASME B36.10M in the US, BS 1600 and BS EN 10255 in the United Kingdom and Europe, and ISO 65 internationally.

Table below shows the relation between Nominal pipe size, Nominal diameter & outside diameter for pipes:

What is NPT & what are its applications?

NPT is the abbreviation used for National Pipe Thread Taper. It is an American National Standard used to join pipes & fittings. ASME B1.20.1 is the standard used for NPT which covers dimensions and gaging of pipe threads for general purpose.

Most commonly used sizes for pipes & fittings by the U.S. suppliers commonly are 1/8, 1/4, 3/8, 1/2, 3/4, 1, 1 ¼, 1 ½ and 2 inch. Smaller sizes than those listed are occasionally used for compressed air. For sizes larger than 3 inches and above there are other method of joining available so threading is less frequently used in this sizes.

For details on NPT, refer to clause 3 of ASME B1.20.1– SPECIFICATION FOR GENERAL PURPOSE TAPER PIPE THREADS, NPT 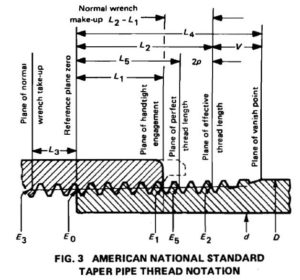 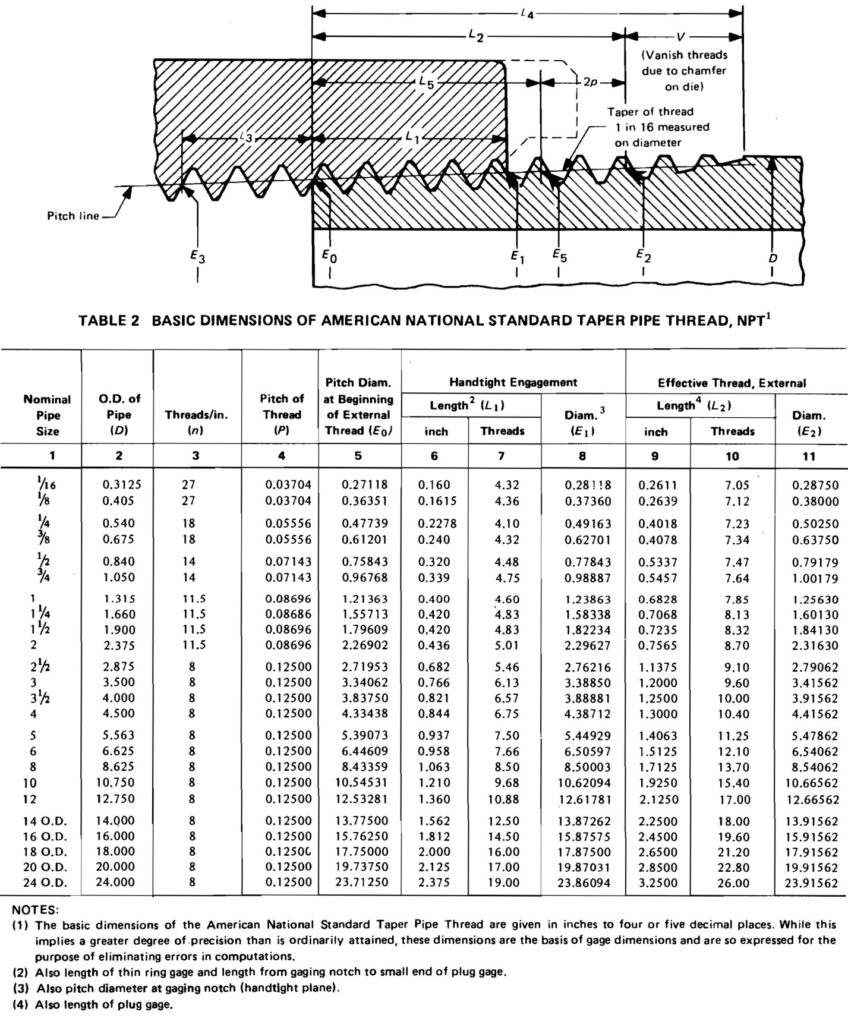 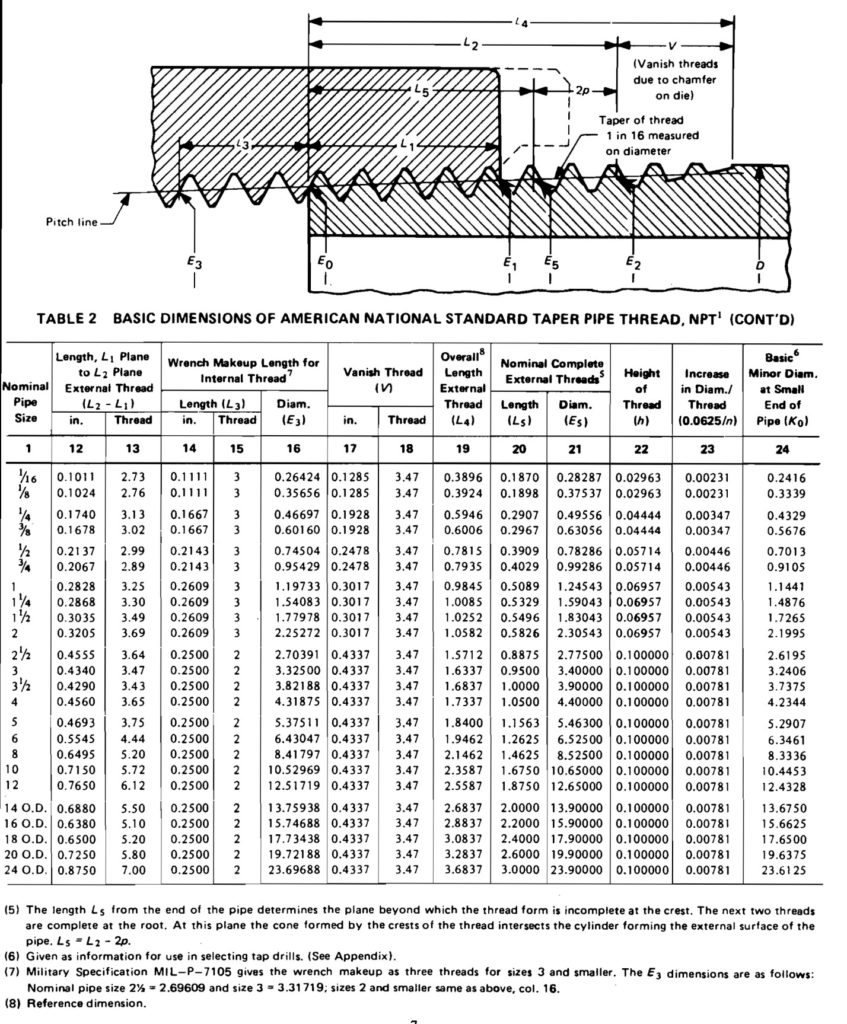